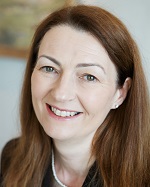 “An immensely capable economist, Janet Yellen, the current Vice Chair of the Fed,  has more Fed experience than Volcker, Bernanke and Greenspan, having served on the Fed board of governors from 1994 to 1997 and led the San Francisco Federal Reserve from 2004 to 2010. Central bankers have always been pivotal figures but the last five years has brought them to a public prominence not seen in modern times. There are issues on which we know little about her opinion, not least regulation. That will need to change as the eye of market scrutiny starts to focus on Yellen in coming months.  But her ability is beyond doubt. Yellen, in contrast to a number of her colleagues, warned of a housing bubble and economic weakness back in 2007. In the face of improving figures but looming uncertainty, markets can expect Yellen to continue with a cautious hand on the tiller as the recovery begins to take hold.

“Until this summer, Yellen’s name was known chiefly among academic circles for her work on unemployment and economic policy; but her profile will change very quickly now. The debate about who should chair the Fed has rightly focussed on ability and it is good to see that meritocracy has triumphed.  The fact that in Yellen we also have the first woman to chair the Fed is an additional bonus: like Christine Lagarde at the IMF, Yellen has risen to the top in a male dominated environment. She inherits a tough job, but will inspire future generations. “

”Janet Yellen's ultimate goal will be to bring the economy back to full employment and potential output as quickly as possible. This is no small task and the three biggest issues for her to tackle are:

1) The timing of tapering is key but as the largely untested policy of QE is on the cusp of being wound down, the challenge for one of its strongest proponents is to re-establish consistent and credible communication as the Fed moves to forward guidance on rates. She must ensure the market understands that the Fed will base its decisions on the economic data alone.

2) The employment picture remains mixed but Yellen will want to supply the stimulus required to support the recovery while avoiding the negative consequences of excessive easy money. She is likely to focus on wage inflation as an important bell-weather for the health of the economy.

3) As rumours swirl of historical differences with Fed Governor Daniel Tarullo, a key regulatory proponent, Yellen must also focus on getting the regulatory balance right.”