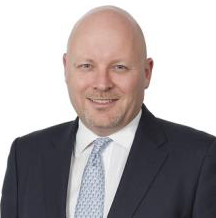 “We start 2013 with a slightly more optimistic outlook for the global economy than we had towards the end of last year. One positive factor has been the partial agreement on the fiscal cliff issue in the US. In addition, the underlying US economy is showing some healthy momentum, with the housing market and employment enjoying a useful rebound. We had expected a very slow Q1 (due to fiscal cliff uncertainty), followed by a reasonable recovery. It now appears that the year has started with the economy performing reasonably well and therefore we have raised our forecast for US GDP growth to 2.0%, taking account of fiscal tightening of around 1.5%.

“Although Chinese GDP for 2012 of 7.8% is well down on the previous year’s 9.3%, this remains a very respectable figure. Fears of a hard landing have receded and we believe growth is likely to settle around the 7.5% - 8.00% rate. The recently reported pick-up in industrial profits gives support to this forecast. In Japan, new Prime Minister Abe has shown determination to use fiscal and monetary policy to boost growth. The Bank of Japan’s inflation target has been doubled to 2%, although success in achieving this aim is far from certain. However, the yen has weakened materially in anticipation of measures being introduced to achieve this aim and the currency’s decline will, in itself, help the recovery. We have nudged up our 2013 GDP growth forecast to 1.0%.

“The European picture remains depressed. We have left our growth forecast unchanged at -0.5% for the current year and note that consensus numbers are declining towards our figure. Whilst the German outlook appears reasonably satisfactory, France shows signs of deterioration. The recent rebound in the euro will be an additional headwind. The UK outlook also appears weak, with average earnings growth well below inflation, leaving real incomes under renewed pressure. Due to the commitment to the austerity programme, the government has very limited scope to stimulate growth. A shift in spending towards capital investment, or an extension of monetary policy, focusing on credit easing, appears the only options.

“The recent rally in equity markets was initially led by the sectors and stocks that had previously been poor performers. The improved global economic picture and much-lowered risks of eurozone break-up or US fiscal cliff disaster has improved the outlook for these areas of the market to some extent. Following the rebound, we believe current prices broadly reflect the better environment and therefore our portfolios are fairly well balanced between sectors. However, we believe that within sectors there are good opportunities for picking businesses that are better suited to an environment that remains tough compared to previous recovery periods.”

Our asset allocation model currently favours equities. The combination of attractive valuation levels, an improving global economic outlook, high corporate profitability and cashflow, abundant liquidity and the erosion of a number of tail risks makes a fairly compelling case for the asset class. However, from a tactical perspective, the significant advance in January leaves equities vulnerable to a short-term correction. We have recently reduced our Japanese exposure following the rally. We believe the market is discounting a fair degree of success from Prime Minister Abe’s policies to reflate the economy, whereas history indicates that achieving this objective is fraught with difficulties. We have also raised the US to neutral. Recent economic news has been encouraging and the US appears increasingly well placed as a competitive economy due to the development of its shale oil and gas reserves. The fiscal cliff risks, while not finally resolved, are receding.